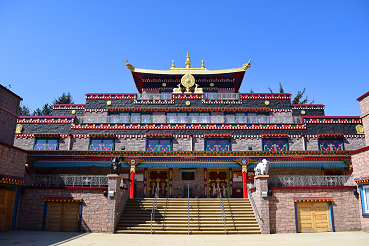 This year we are holding the very first UK Kagyu Monlam in Samye Ling.

For updates before the Monlam begins and for photos and news during the Monlam please follow on Facebook by clicking here for the new Event page 'United Kingdom Kagyu Monlam'.

Drupon Rinpoche has kindly agreed to make an extra visit to the UK specially to preside over the Monlam.  He will give teachings on ‘The Hundred Verses of Advice From Padampa Sangye to the People of Tingr’.

We hope this first UK Monlam will be a magnificent event and that as many people as possible will take part.

The Kagyu Monlam is a major international prayer festival held annually in Bodhgaya, India, where people gather to listen to Buddhist teachings and to pray for peace and harmony  and  the well-being  and happiness of the world.

The Kagyu Monlam is now also held annually in other countries all over the world on a smaller scale. This will be the first time it is being held in the UK. 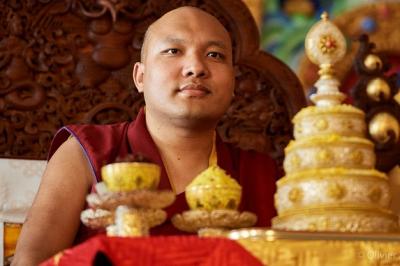 There is no fee for attending these prayers although donations are welcome. Your offering will help with the Monastery's considerable running costs.  Donations may be made in the Reception Office in Samye Ling. 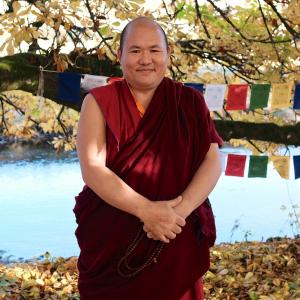 As a child Drupon Khen Rinpoche Karma Lhabu was always very concerned for others and especially protective of animals. At the age of seven, he started to receive training in Tsabtsa monastery, learning the rituals and procedures for many of the... 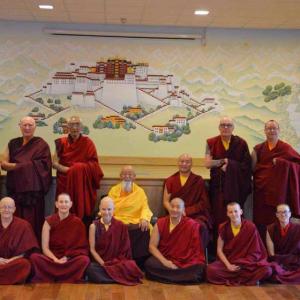