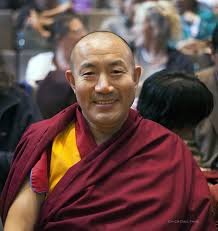 Khenpo Tsultrim Lodro is one of the most prominent Tibetan Buddhist Scholars at Serthar Institute, known as Larung Gar Buddhist Academy, in Kham in East Tibet (Sichuan Province).

He was a close friend of Choje Akong Tulku Rinpoche, and was guest of honour at 'Compassion beyond Culture' a conference on Akong Rinpoche's life in May 2014 in Oxford, UK.

He has been vegetarian for many years, and is one of the most important people driving the current vegetarian movement in Tibet.