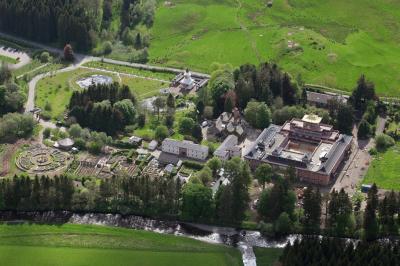 Since Samye Ling was established in 1967 the emphasis has always been on pure, authentic Dharma teachings.  With a growing number of monks and nuns, regular Dharma instruction is essential.  Consequently, since the beginning of 2016, in addition to our advertised short courses and retreats, there have been regular classes in Samye Ling for both Sangha and lay members of the residential and wider community.

Our Deputy Abbot, Lama Katen, has taken responsibility to give daily Tibetan language classes, which are aimed at helping students understand Tibetan Dharma texts and teachings.  These are are open to anyone who can make the commitment to attend for at least one month.  Lama Katen also gives two Dharma classes each week. 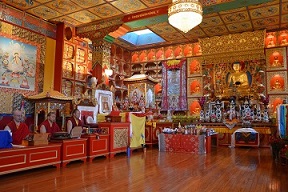 As well as the daily prayers and meditation sessions in the Temple, there are several periods of special intensive practice throughout the year.  These are times when we hope as many people as possible will join us in prayers for peace and wellbeing in the world.  Just before Tibetan New Year (Losar) we do Protector prayers.  After Losar during the ‘Month of Miracles’ there is the Nyungney fasting practice, which is traditionally mainly for lay people who may not have so much time for practice in their daily lives.  We celebrate Wesak (the birth, enlightenment and parinirvana of the Buddha) by holding the UK Kagyu Monlam, which is a great highlight of the year.  In August we have our annual Guru Rinpoche Drupcho (great practice).  And in October we honour the anniversary of the passing of our Founder, Choje Akong Tulku Rinpoche, with a week of intensive teaching and practice led by Drupon Khen Rinpoche. 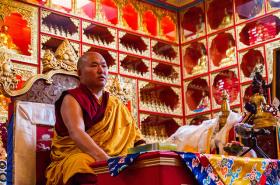 Thanks to Drupon Rinpoche’s great kindness we have also been able to send almost one third of our ordained monks and nuns as well as a number of lay people to long term retreat under Rinpoche’s direction in the Thrangu Retreat in Sekar, Nepal.  Some have made a commitment to remain in retreat for six years while others intend to stay for the rest of their lives.  This we feel is the best investment for the future of the Dharma in the hope that these fortunate practitioners will truly assimilate the Buddha’s teachings into their innermost being.  If all goes well, some will eventually take over responsibility for continuing Samye Ling’s Dharma activities in years to come.

Rinpoche’s long term vision and commitment has led him to accept the request of members of Samye Dzong Lubumbashi in DRC in Africa to train five of their children.  Despite huge logistical challenges the children began their Dharma education in Sekar in 2018 and we hear they are doing extremely well in their studies – already able to converse in Tibetan and starting to memorise major Dharma texts.

We also have a small group of dedicated practitioners in our Men’s retreat on Arran and in the Women’s retreat on Holy Isle, where there is an ongoing series of consecutive one year retreats.  Once again we are indebted to Drupon Rinpoche’s kindness as all the teachings he gives in Sekar are transmitted to each of these retreats so the retreaters in Scotland can participate in daily teaching sessions as well as their own practice sessions.

If you are interested in finding out more about these study and practice opportunities contact us at scotland@samyeling.org.

For those who are not able to visit Samye Ling regularly, there is also the possibility of engaging in the online home study course, a three year course which accepts a new intake of students each year.  For more information about this please see http://www.calm-and-clear.eu/nangiintro.html.